I recently stubled upon this book and while it’s not one we are stocking here at English Central, I thought I w0uld would share it because it is the kind of book that most English Language Teachers will appreciate. Here are some fascinating tidbits:

Undoubtedly because I used to specialize in teaching pronunciation, I found the post prior to the potato chip one equally fascinating. In a discussion of ice cream flavours, Jurafsky touches on “sound symbolism” and words (in many languages, not just English) with front vowels (i, I and e) tend to suggest thin, light and small things. On the other hands, words with back vowels tend to sugegst large, thick or heavy things. Compare “teeny” to “huge” in English, “petit” to “grand” in French or “chico” to “gordo” in Spanish.

I love it when someone makes you consider things that you always lived with but never thought to consider before!

In a recent Garnet Education newsletter, they linked to an interesting article on the evolution of language. Many languages have disappeared in relatively recent history, and while we might assume that in many cases people are speaking English instead, this is not the case. The article looks at indigenous peoples in Australia and how many groups have evolved a language that is a mixture of native language with English. These “new” languages are almost incomprehensible to English speakers and highlight how creativee, fluid and complex language is. Read the full article… it is extremely interesting!

It would be difficult to imagine an educator who does not have an opinion on the subject of teacher evaluations. If you would like to consider a mathematical critique of teacher evaluations, you should read a recent article in the Chronicle of Higher Education. This article considers a recent paper written by two University of California Berkeley professors titled “An Evaluation of Course Evaluations”. For an interesting read on the false security that numbers give, read the article.

Analysis also suggests that when there are large numbers of international students from one country on a campus, they tend to integrate into the general population less and, as a consequence, become more dissatisfied.

Read the article “Are International Students Satisfied?” in Inside Higher Ed

In February, a BBC news special for the show Panorama revealed “systematic fraud” at TOEIC test centres across the UK (incidents include “fake-sitters” writing the test on behalf of other people and an invigilator reading answers aloud to test-takers). Since then, the British government has removed TOEIC and TOEFL as approved tests for immigration purposes. A further move was recently taken, with approximately 60 higher education schools in the UK having their right to host foreign students suspended.

The government has also found that many students are working far more hours than their student visas allow.

The government has launched a criminal investigation into ETS Global.

Red more in the Times Higher Ed and Inside Higher Ed.

In May, the winners of the annual ELTons awards were announced. Amongst the winners was the Academic Skills Series published by Collins. This is a six-book series for international students of all academic subjects who are studying, or preparing to study, at an English-speaking institution. Essential study skills and English language practice are combined to help students step up their performance from their IELTS or TOEFL score to achieve academic success on their course.

Each book stands alone, focusing on one skill required at university but they all follow an accessible series style which makes them easy to blend with other titles in the series. They work for self-study or classroom use.

“Now in their twelfth year, the annual awards, run by the British Council and sponsored by Cambridge English Language Assessment, are a celebration of innovation and excellence in English language teaching (ELT) from around the world.”

In June, the Mexican American Legal Defense and Education Fund (MALDEF) and the Multicultural Education Training and Advocacy (META) filed federal court papers over the poor quality of language instruction offered to English Language Learners in schools (particularly secondary) in Texas. The little advancement of ELLs in Texas schools is described as “alarming”, with tens of thousands of ELL students not acquiring the level of English language proficiency as required under the Federal Equal Education Opportunities Act. It is said that the programs are under-funded and poorly administered. 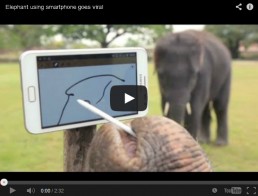 The title pretty much says it all. Eslvideo.com is a great free resource for teachers. You can take an online video clip from a source like YouTube and create a quiz to go with it. Once you are finished, you can send students to eslvideo.com to complete watch and answer or you can embed the video and quiz onto your own website or blog.

Looking around at some of the videos and quizzes that teachers have made on the site, I was reminded how important it is for teachers to think carefully when they use video. I know that when I was still teaching, I often just wanted to share some of my favourite videos with my students. I knew that was not a good reason to spend class time watching, and yet I often pressed on. Those classes sometimes fell flat; I may have liked the video, but the language may have been way over the students’ heads or there was no clear learning aim. With the principles of effective video use in mind, I created my own quiz on using video on eslvideo.com and embedded it below. Try my quiz!